well, we’d heard that you were coming back. and come back you did. along with the strong winds (oh, hi broken gate!) and blizzards, nice. but seeing as i knew there would no way be any school, i got an extra hour in bed, so diolch! i decided to unravel the snood i had recently crocheted for robb seeing as it was too big for him, (seriously, how can a chunky knit be too big…weird kid!) and knit him a new one ready for when you arrived. so within a couple of hours, i finished this for him: 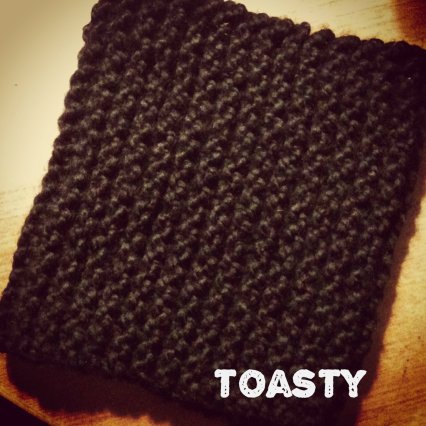 you can’t do for one and not the other, can you?! so i made one for alf too.  we were ready for you, snow.

when i woke this morning you had arrived.  so much so that we don’t have any electric. thanks for that, by the way!  this woman neeeeds her coffee in the morning, don’t you know?

but you decided to leave the electricity working just fine in the office at my workplace though…dumb-ass snow! so i have had to leave my bois and their dad at home while i sit here at my desk.  but i’m on my 3rd coffee so i can’t complain too much…

the bois were chuffed with the snoods i made for them ready for your arrival (even if they are wearing them as hats in this picture!)

…but have stated they won’t be going out in the snow after all that!!  they will be building lego cities this morning and making volcano’s with dad this afternoon.

but if you do keep coming down, and i’m told you will be, i might just have to drive home early this afternoon and ”accidentally” get my car stuck in you.

bye for now and hopefully until next winter…!

oh, and just in case you were wondering what a mad scientist at ours looks like: 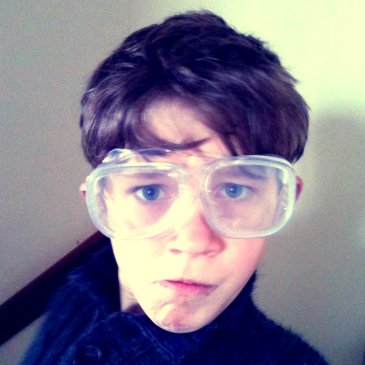 pps – just having my lunch right now and decided to call my bois to see if they managed to get some with having no electric etc. and they were having beans on toast thanks to the ol’ camping gear! i can just imagine the three of them sat around the camping stove on the kitchen floor waiting for their beans to heat up. love.