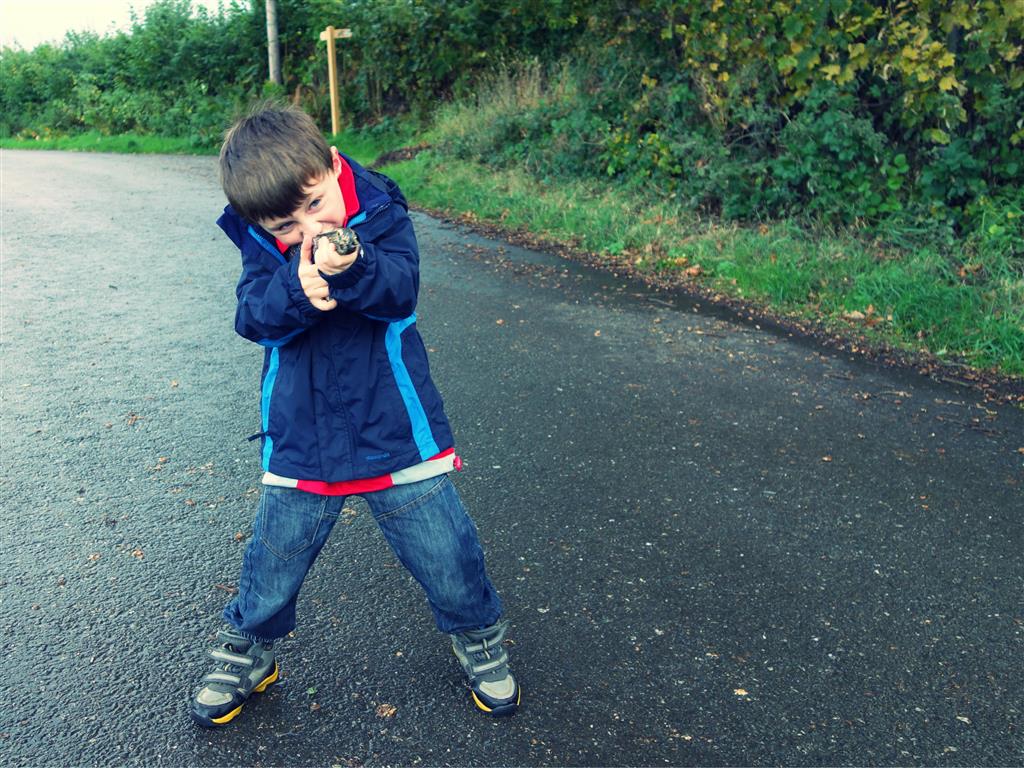 this week has been a bloody good week for these two.  they’ve both had good results from school regarding homework results, ‘ser y wythnos’ {star of the week} etc.  on top of whooping my ass at bowling on the wee!  so this week’s ‘somethings’ is dedicated to my babies and the weird and wonderful stuff going on with them this week.  so without further ado…

robb:  just O B S E S S E D with bear grylls right now.  heading off with his backpack up to the woods after school with his mates to practice those all important survivor skillz.  i, on the other hand got a little freaked out when i saw bear’s face covered in some animal blood…uchafi!  //  did a whole presentation in school on his family including photos, i asked him where did he get the photos, he replied ”i just googled mascara & mud and copied the photos from there”.  see?  there is a point to this little blog of mine, to help robb out with his schoolwork!  //  big milestone this week for robb, he made his first ever batch of pancakes!  which are slooooowly becoming more of a daily thing than the weekend thing…oops!  //  ladies and gents, we have a new instrument in the lowe household…a freakin’ ukele!  fingers crossed we get a decent tune out of it soon! ;)  //  the look of horror on his face when i told him to put his raincoat on…the same raincoat as his 6 year old brother was wearing?!  priceless.  ”as if i will wear the same thing as HIM!”…easy solution to this robb, STOP GROWING UP!

alfie:  had a right paddy sunday afternoon because we were going out for a walk…but ended up having the best time playing hide n seek in the woods!  sidenote: paul was crap at this game and we did very well not to giggle out loud while hiding down by the stream when paul was stood directly above us! high five, alf!  //  big milestone for alf this week too who can now make his own hot chocolate unassisted!  yessss! #onelessthingformetodo  //  he also managed to silence us all around the table over dinner one evening when he announced “dad, i’m gonna kick your ass on bowling tonight!”…cue, stern looks from paul and i…who then had to look the other way to laugh!  //  but i am soo happy to tell you that i think i have another bookworm in the house!  alf’s reading just blew me away the other evening.  he even did the ‘breaking the word into two’ rule when he got stuck…love my little bookworms!  // a great one to finish on, we were on our way out to footie training when alf says he needs the loo, i told him to hurry up as we would be late, to which he replied ”don’t worry mam, there’s only 2 or 3 plops to come out!”.  lovely, diolch alf.

anyway, there’s a cottage over in Abersoch with my name ALL OVER IT!

see you next week sometime! x