…complete with a massive frame! 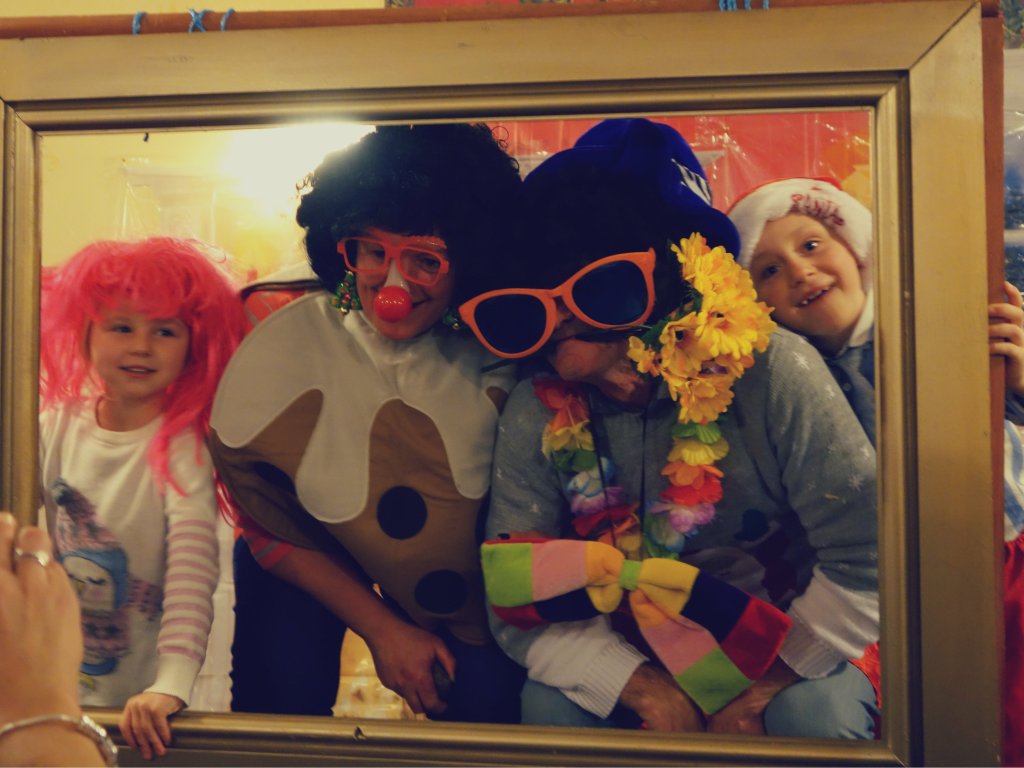 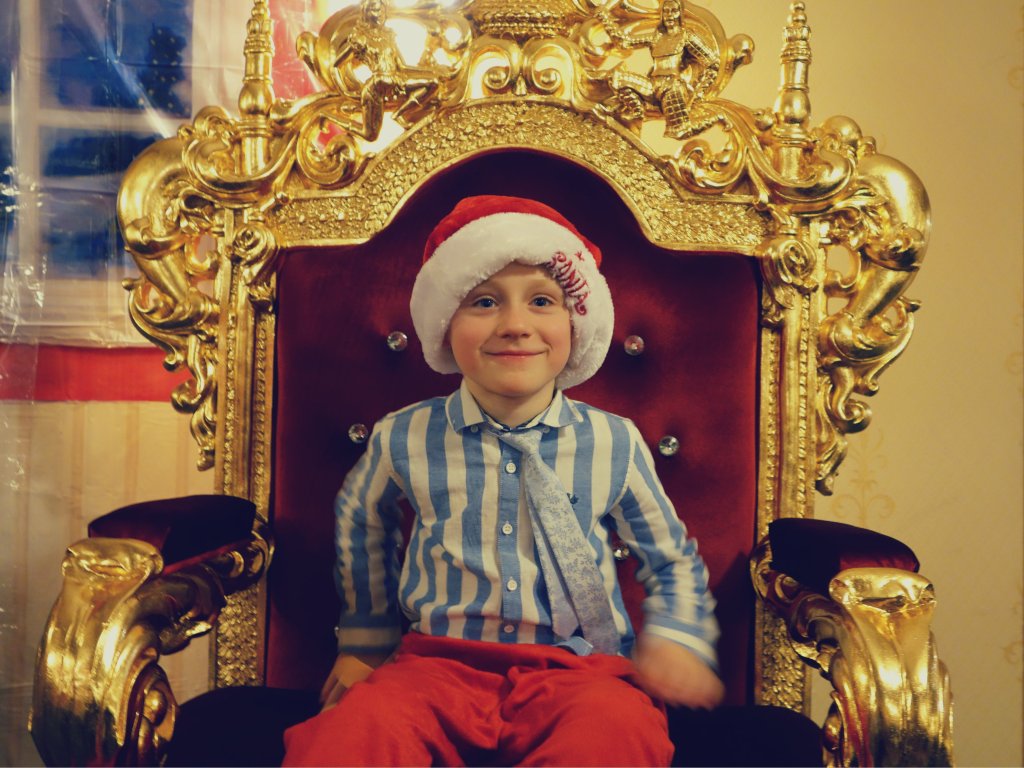 Apparently, there was a bit of a stand off between Alfie and Owen.  Both are always wanting what the other has.  So when Alf had the Santa trousers on and Owen had the jacket, there was one mighty stand off as to who was to take their item of clothing off first and hand it over.  Owen did go to take his jacket off, but then decided against it last minute and then with a smirk on his face, pulled it right back on in front of Alf.   I’d have loved to have seen that! 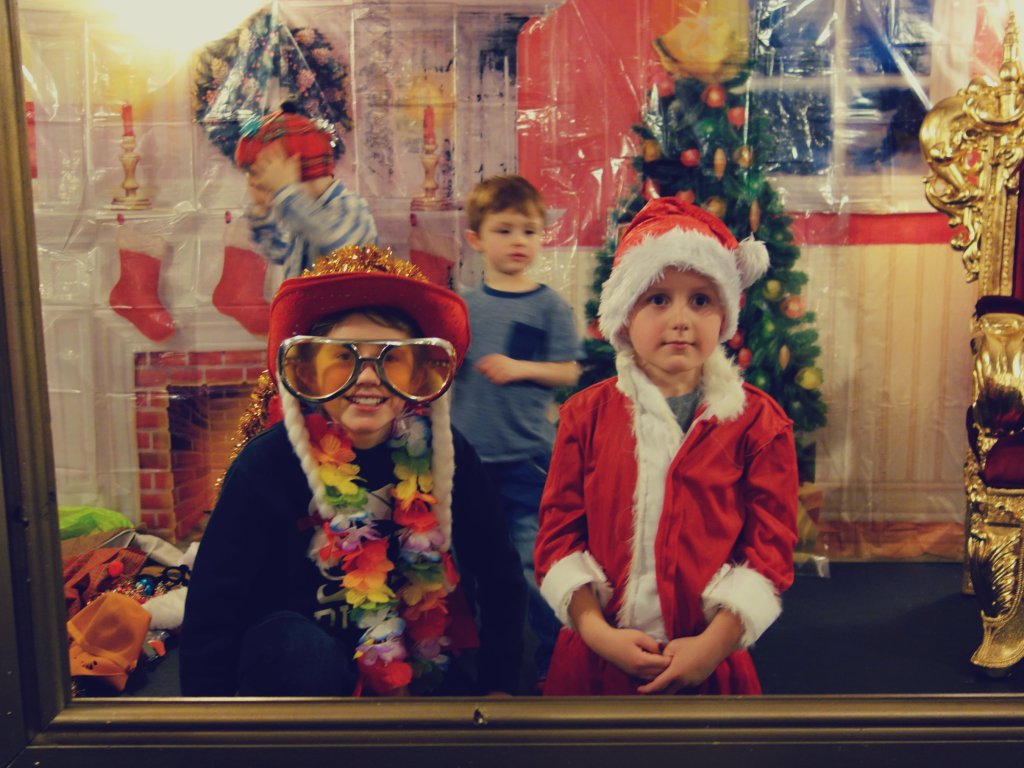 Judging by this photo, Owen might have won!  Not that you would tell from his face… 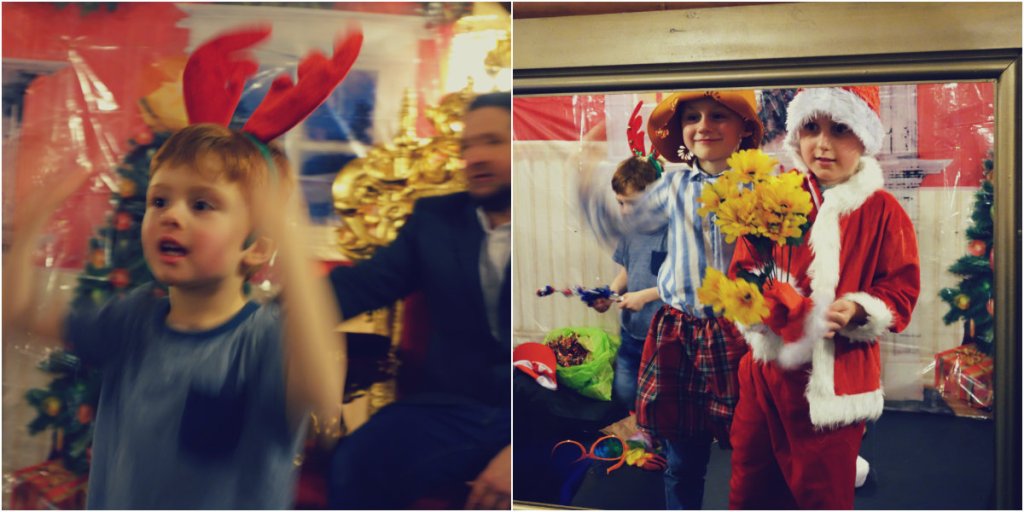 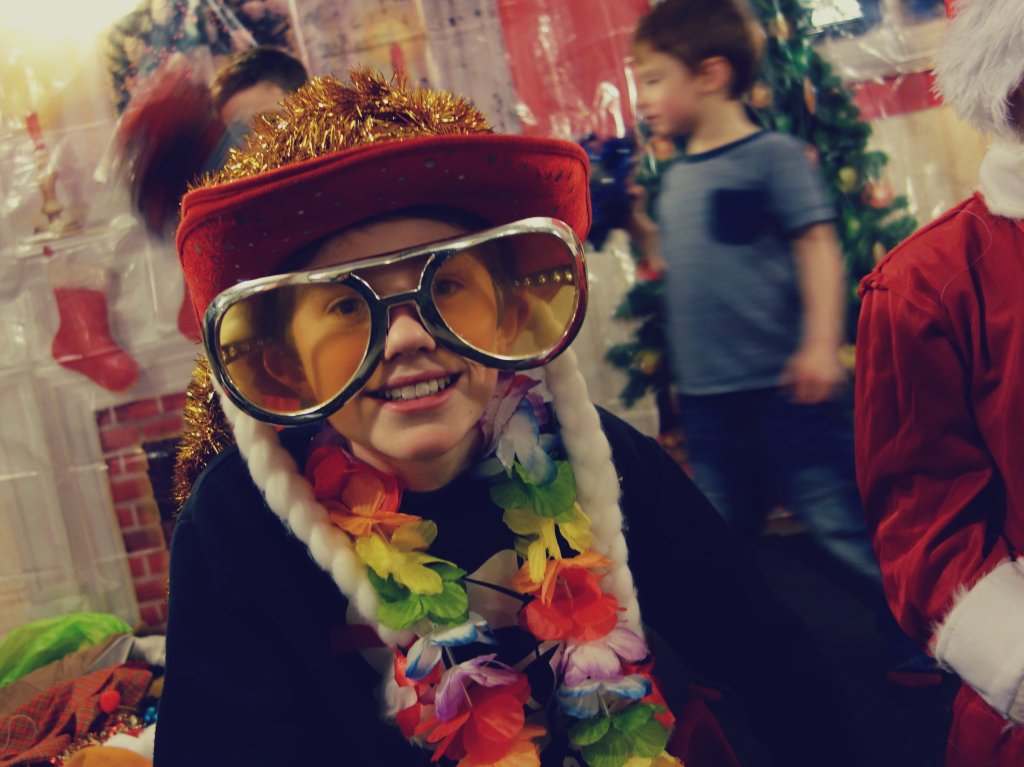 But, Auntie Di’s Dressing Up Box always, always creates a bit of a stir!  There’s a huge scramble to see what’s there…and it never takes too long for the big kids to join in. 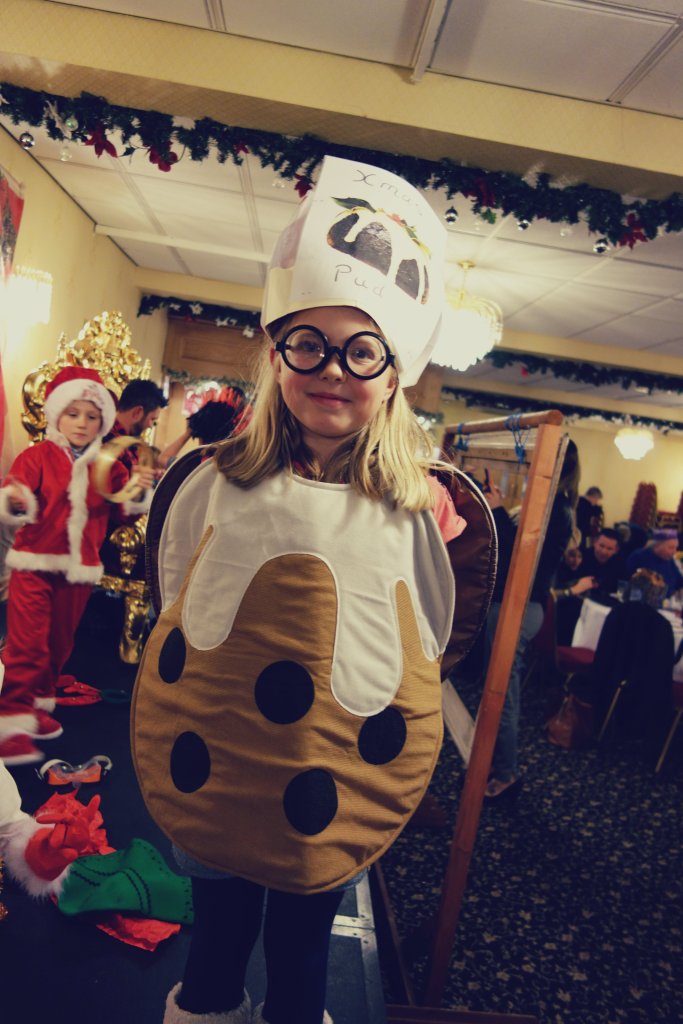 Introducing Carys, the funniest and wittiest Christmas Pudding I know. 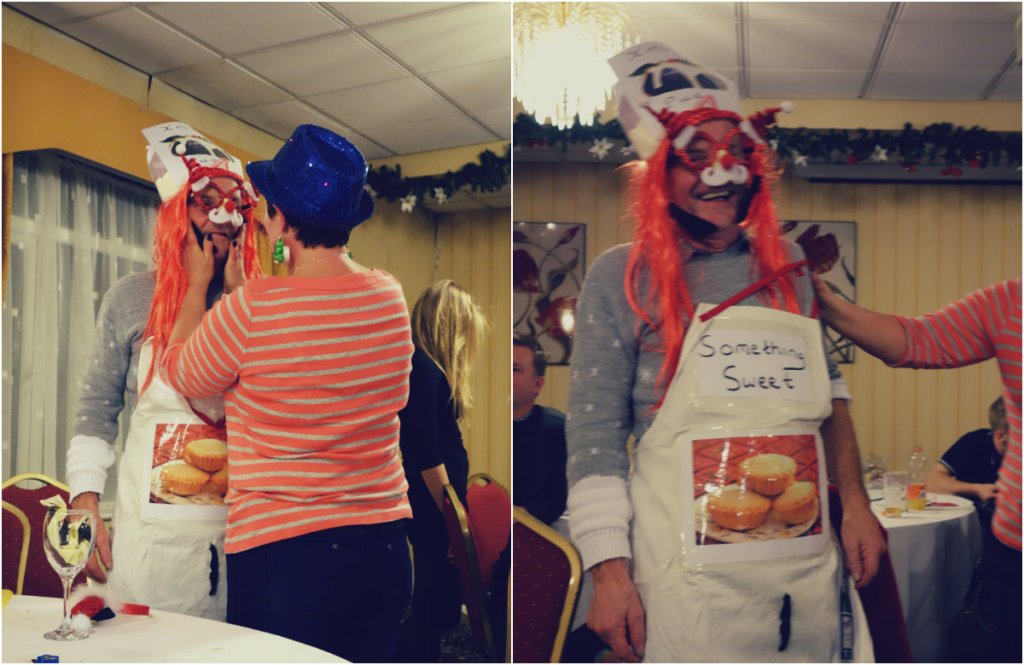 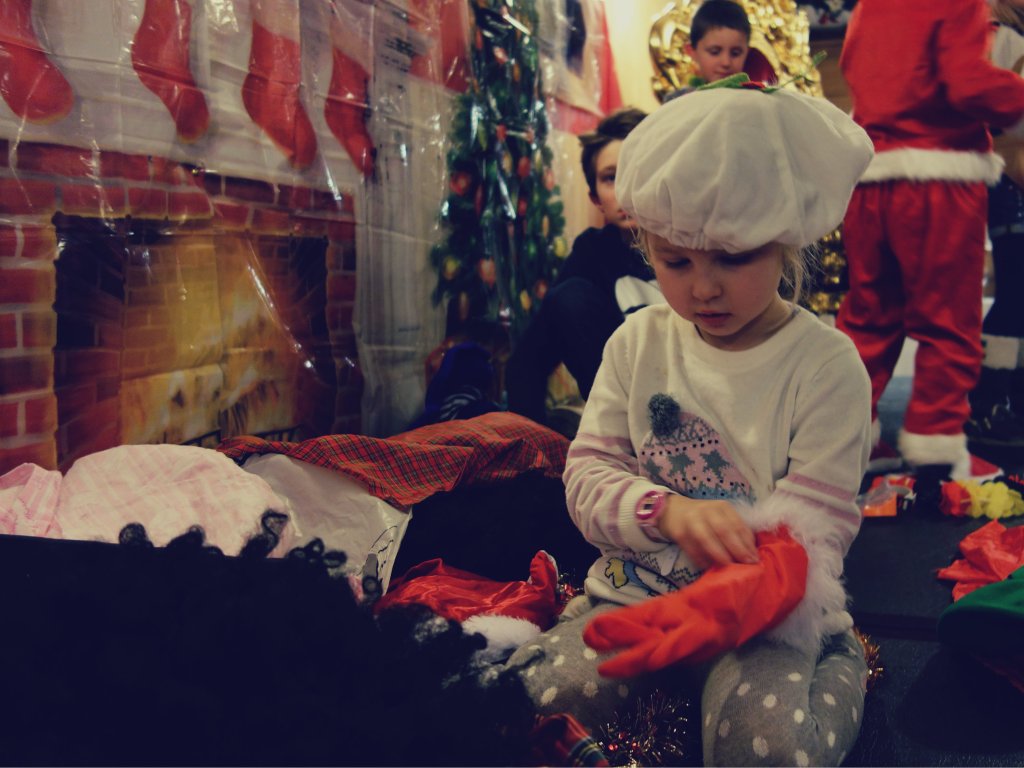 ^^ Picking your outfit…it’s a tough job!

I think it’s fair to say we all love and look forward to the Edwards Christmas Party.  Singing and dancing along to Shakin Stevens while getting ready {well, the bois bach and I, anyway}, the laughs on the mini bus on the way there, the kids wondering when is Santa arriving, catching up with those that you don’t see enough of, a glass too many of red wine {Cheers Low!} and then lots of singing on the way home…or so i’m told ;)

Good times.  And a huge thanks to those who arrange it and of course to Santa!  Or as Alf called him, ‘that guy who was having a pint with you all at the bar’…oops! 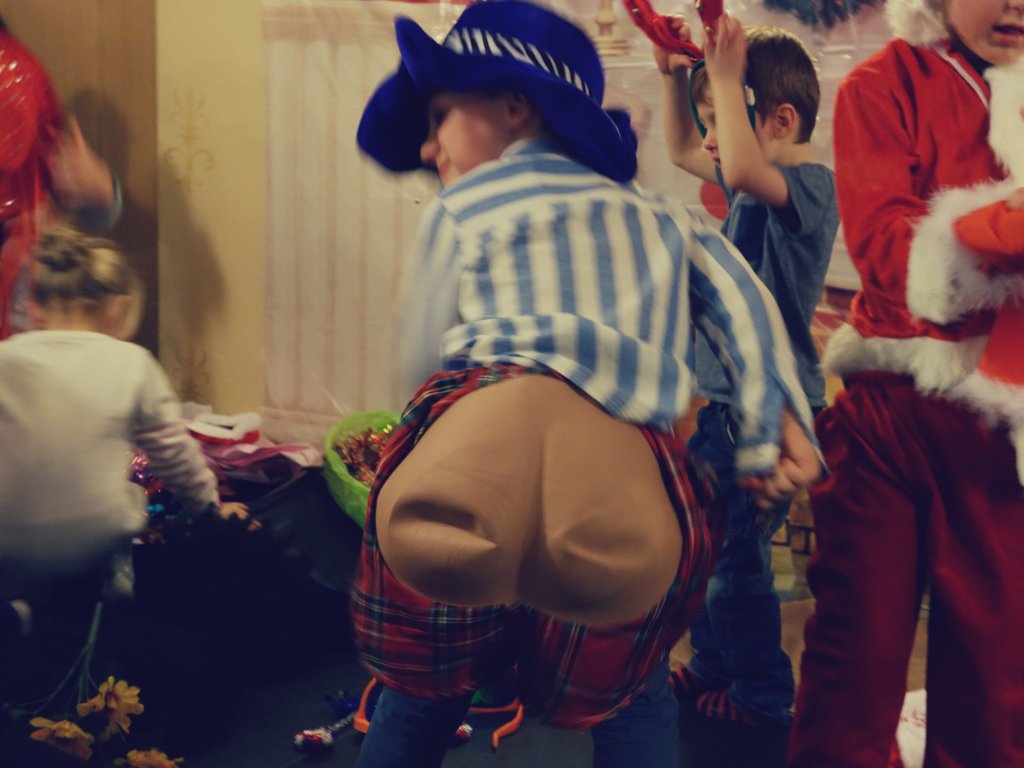 Joining in with all the festive fun over at stickyfingers, go check it out.