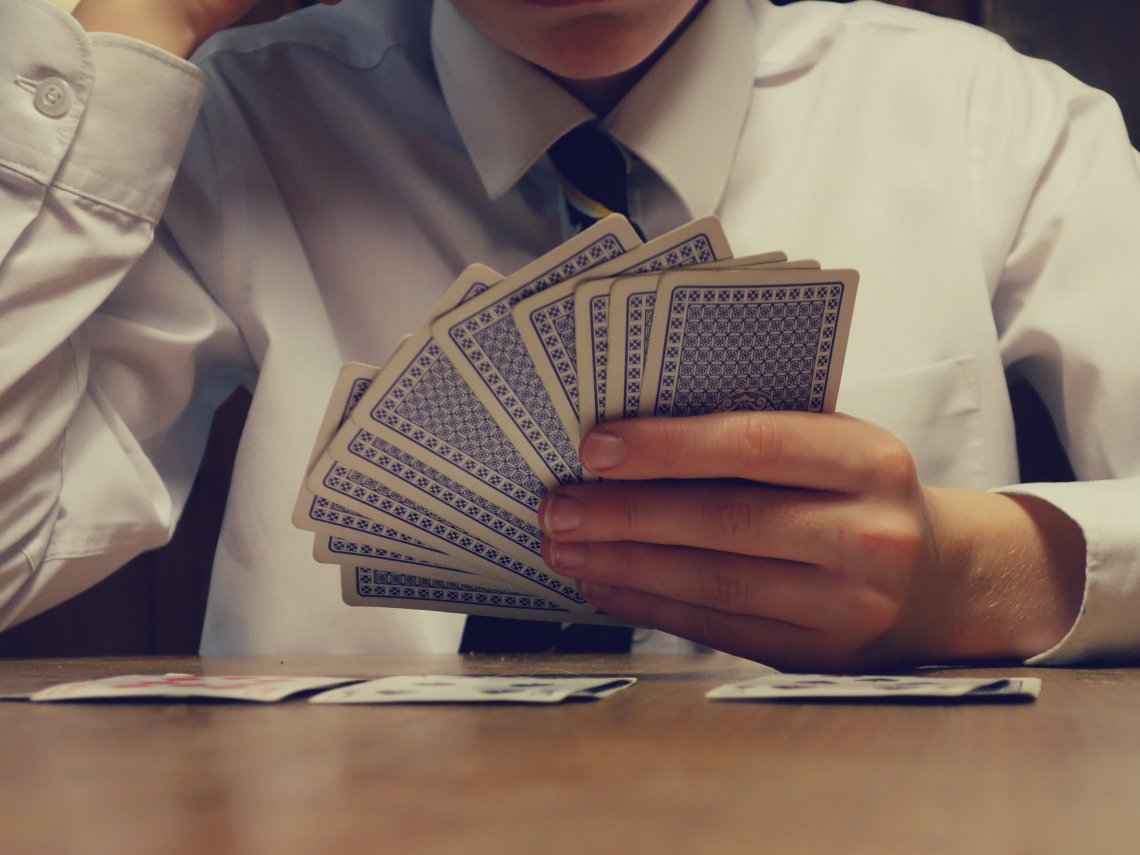 It is now officially “game season”….aka it’s too dark/cold/wet* delete as applicable…{that’ll be all 3 then, here in Wales} to go outside.

With one keeping his  cards close to his chest and the other whose hands aren’t big enough to hold all of his, so ends up using his lap as well as holding some in his mouth {he wasn’t having the best of games, Alf}, Pen Cachu is a favourite with the bois…followed by a wrestling match.  What is it with bois and wrestling matches?!

I would ask Paul but seeing as he’s still at it…there’s no point ;)