Alfie’s theme at school for the year is the Second World War.  I don’t know who was more excited about this, him or I.  Knowing that our Taid Rhosllan {Grandad} served in this war, it was the perfect opportunity {if not long overdue on my behalf} to find out more about Taid’s time in the war.

After asking my dad along with his brothers and sisters about Taid, it came about that there was an album full of treasures at my Auntie’s house.  We headed over there intrigued as to what we were going to find…turns out we arrived just as bacon butties were being made too.  B O N U S. ;) 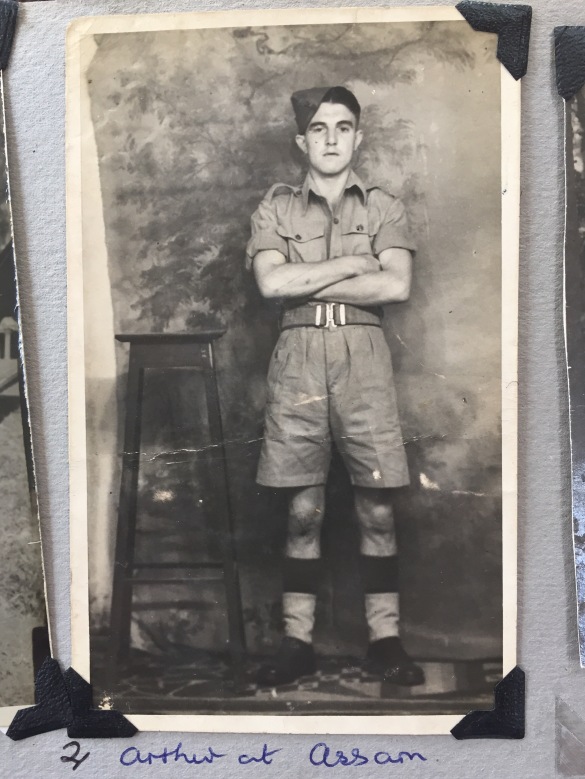 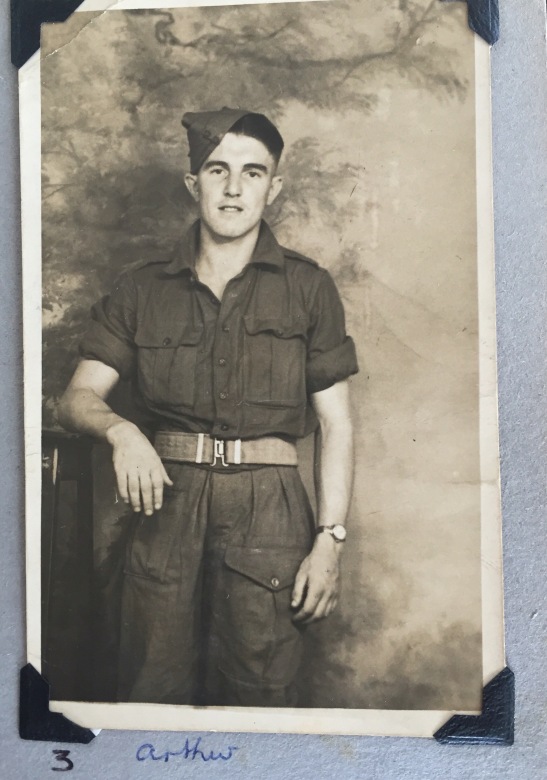 I can’t get over just how much he looks like one of my cousins in these photographs.

At 21 years of age, war broke out and Taid, or A.O as he was also fondly known as, joined the army, serving in India, Assam, Burma and as a physical training instructor at Darjeeling Convalescent Hospital.  Six years later he returned home to Nain and their daughter.

I’m told Taid never spoke much about what went on while he was at war but now and again would recall some of the good times had out there.  If you can call them that.  It must have been six long years as he didn’t hang about to get his medals and being the family man that he was, he just wanted to get home to his wife and daughter.

One thing he did bring home was a poem that someone who he travelled to India with, had written.  A verse was written for each member within their group and this was what he wrote about Taid;

{Translated; Here’s a group of dedicated boys, On their way to a foreign country, They sail on a myriad of waves, To consolidate the word of the Country.  Arthur Edwards from near Bala, A beautiful young boy, With the world in his sights, To return home to the Country of the Poet}

Sadly, Taid’s friend who wrote the poem never returned home.  Apparently, the whole poem about all of the men in their group was sent and printed in a local paper back in 1944. { Y Goron, we think}. 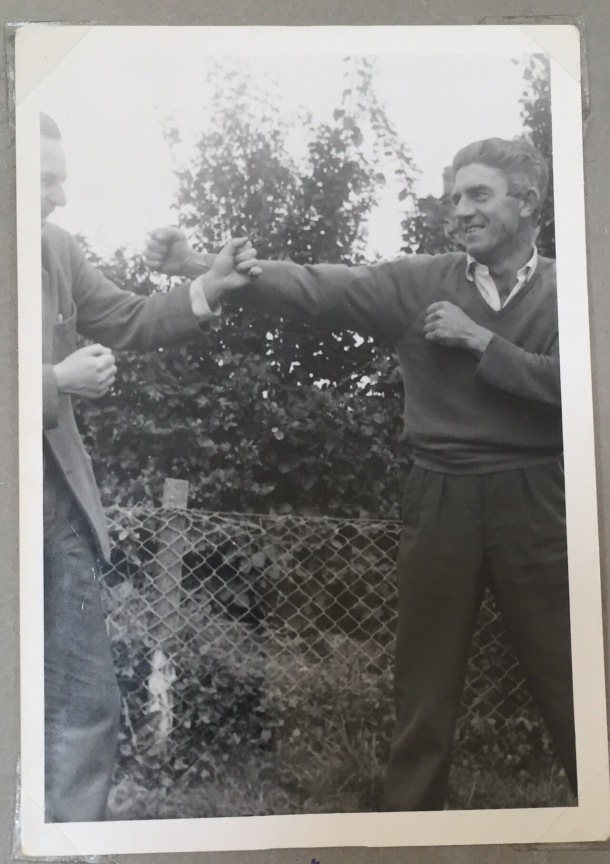 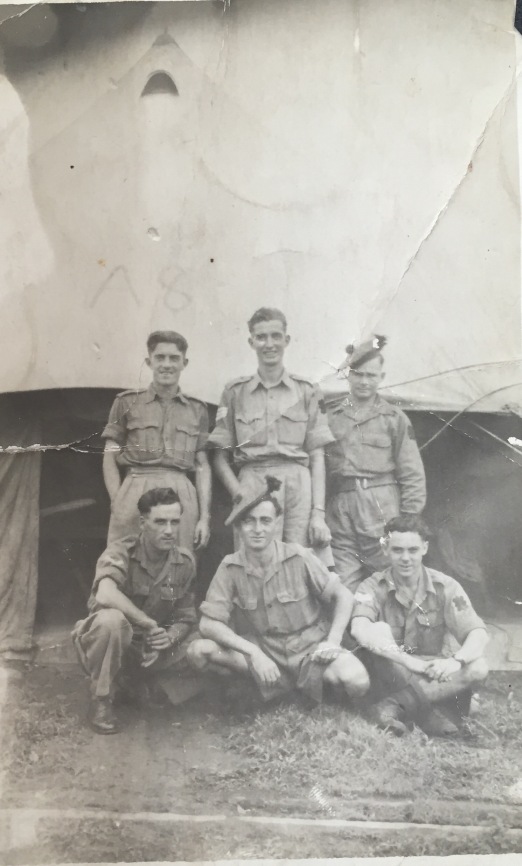 The photo on the left is taken in Nain & Taid’s back garden in Rhosllan, Llandrillo.  I’d recognise that fenceline anywhere ;) 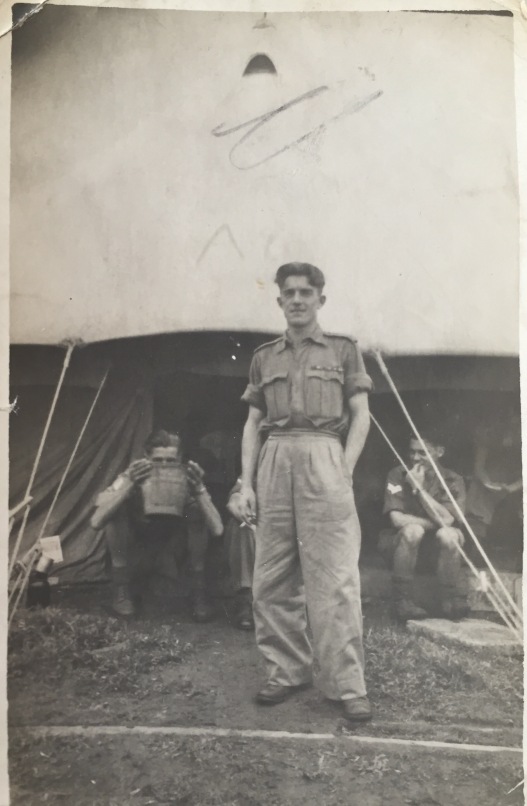 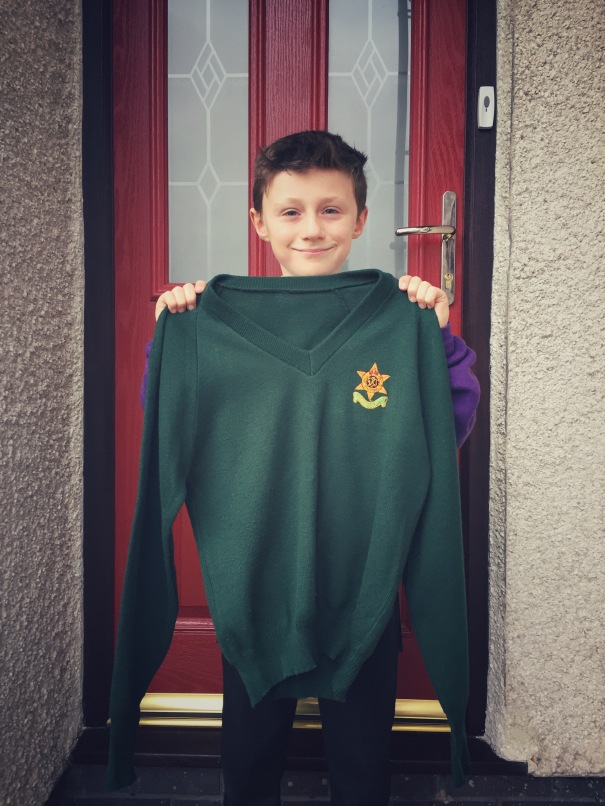 Taid was awarded the Burma Star and here’s Alf holding the jumper he received to commemorate that very Star..  And yes, I let Alfie go to school with hair like that…but to be fair it’s nothing to what it looked like this morning!  Full on punk-rock-wet-look-mohican style…that boi de.

Anyway, back to Taid; Taid Rhosllan who could recite his Army Service Number as if it was written on the back of his hand and for some reason no one thought to jot down or ask him what it was before he passed away.

But we’re working on finding it out and claiming his medals.  How great would that be?!  Wish us luck.

A Special Thanks to those of you who have helped us thus far with the photos, the stories, allowing Alf to take certain things to put on display in school and so on.

I really hope we can make this happen.

Update: We made it happen and the medals are now hanging up in Mam & Dad’s house. Diolch to all of you who helped us with this. It means a lot. Diolch Diolch Diolch.