Back in November, Alf and I met up with some friends in Llangollen to head up to Castell Dinas Bran.

I blogged about it all {with all the lols’ too… ;) } back then and it’s taken me until today {28th April 2017} to realise that the whole post has just disappeared! 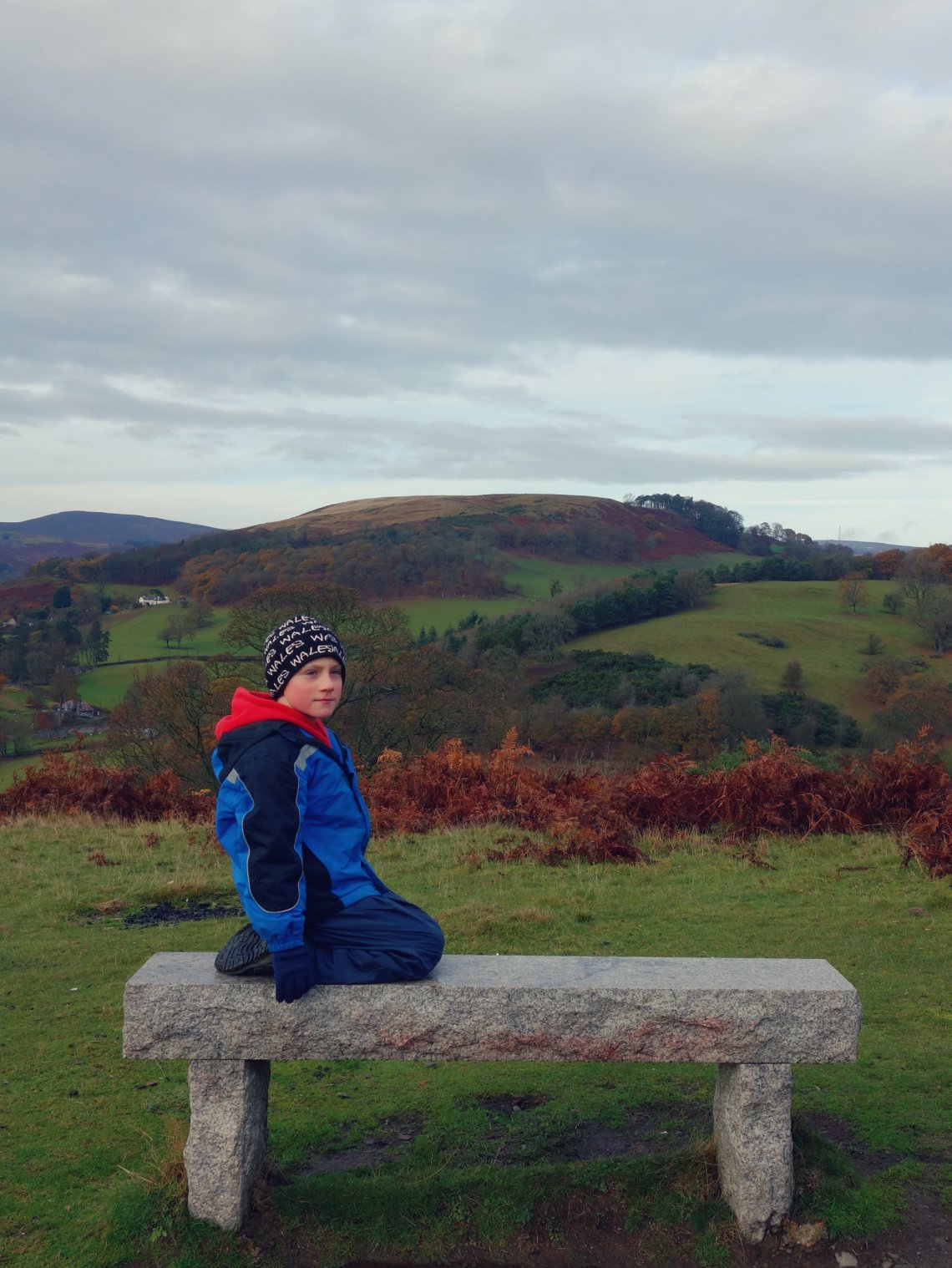 {my face was a bit like Alf’s here trying to figure out what had happened to the original post…} ;)

Bracken because…I love the colour of everything everywhere in Autumn.

My face!  Genuinely made up that Alf agreed to be in a photo with me…I mean, he’s not looking but he’s in it.  With me! ;)

Rik at the very top! 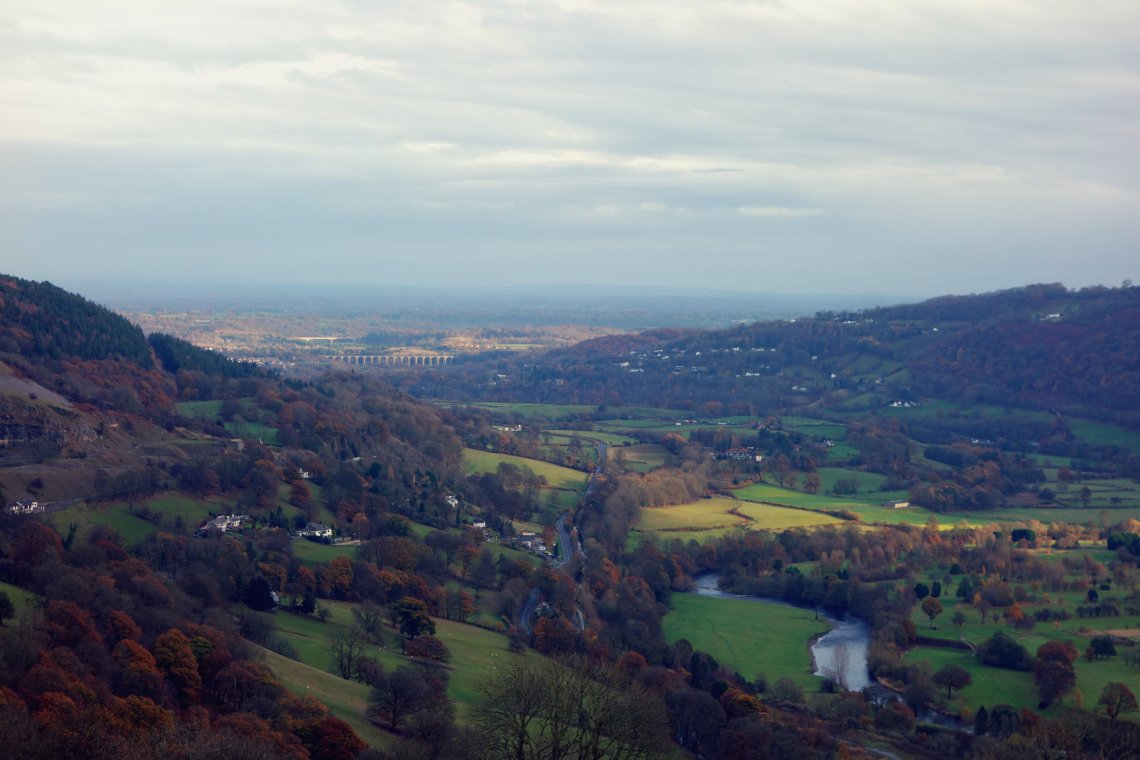 Views for days at the top.

Castell Dinas Bran was showing off that afternoon.

“Dinas Bran” is variously translated as “Crow Castle,” “Crow City,” “Hill of the Crow,” or “Bran’s Stronghold.” The castle first appears in 12th century historical documents as part of a medieval piece entitled “Fouke le Fitz Waryn,”or “The Romance of Fulk Fitzwarine.” While this work claimed that the castle, known as “Chastiel Bran,” was in ruin as early as 1073, the remains we see today date to the occupation of the princes of Powys Fadog in the mid 13th century. Possibly, the Chastiel Bran mentioned in the romance was a Norman timber castle, but nothing of substance supports this conjecture. However, the encompassing ditch and earthen embankments, which enclose the southern and eastern portions of the stone fortress, do date to the Iron Age. They remind us that this hilltop had strategic value long before the princes of Powys, or the Normans, ventured into the region. Interestingly, the word, “Dinas,” has its origins in the Iron Age as well, and is found in the names of Iron Age hillforts throughout Wales.

Taken from THIS SITE 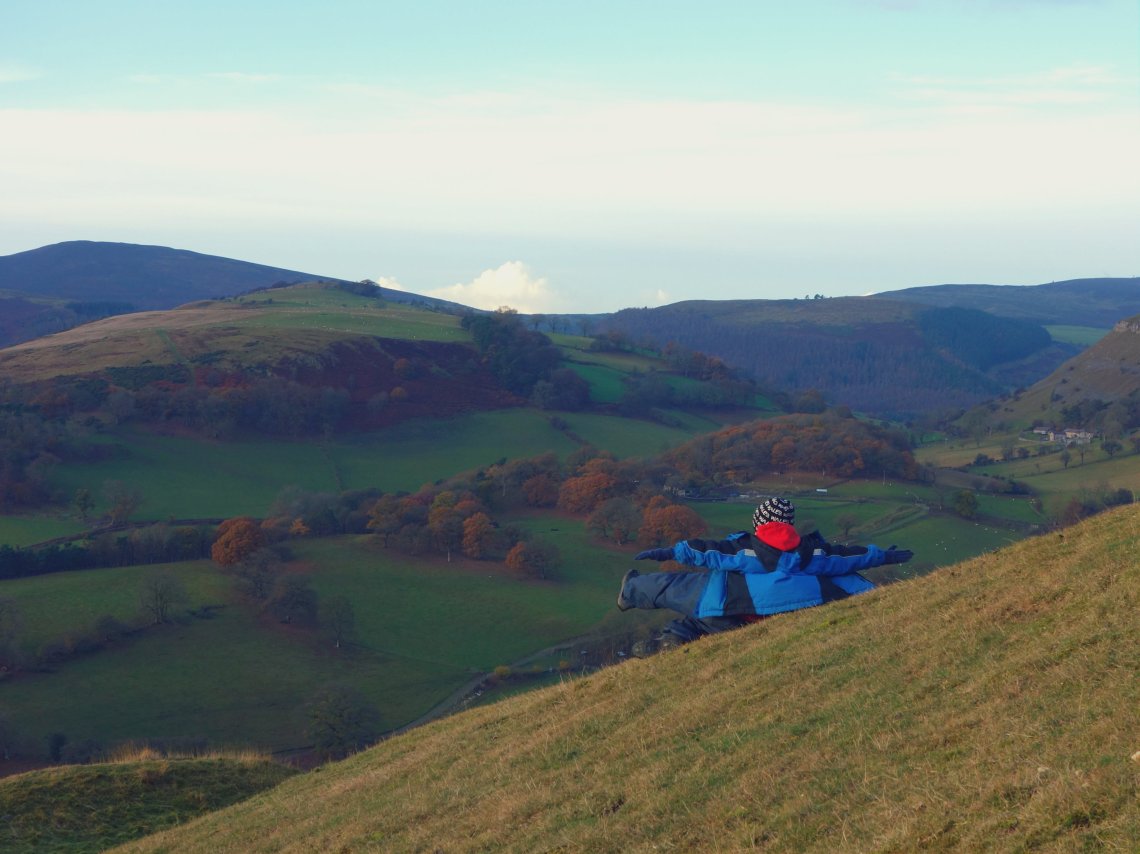 Fair to say Alf enjoyed the going down more than the going up.

Castell Dinas Bran you were a dream that afternoon, diolch!