There’s this thing with Alfie where he will run around with a football and his mates all day errday {well, pre-fortnite days.  I never knew I could hate something {ps4} and a game {fortnite} so much, but I do!!}..but the second we mention a walk, Oh! all of a sudden he’s really tired and omg, his legs will no way take him.  And yet, on these very walks, he’s determined to be the one to lead us and the one to get to the top first.

The Old Man of Coniston is a fell in the Furness Fells in the English Lake District. It is 2,634 feet (803 m) high, and lies to the west of the village of Coniston and the lake, Coniston Water. The fell is sometimes known by the alternative name of Coniston Old Man, or simply The Old Man. The mountain is popular with tourists and fell-walkers with a number of well-marked paths to the summit. The mountain has also seen extensive slate mining activity for eight hundred years and the remains of abandoned mines and spoil tips are a significant feature of the north-east slopes. There are also several flocks of sheep that are grazed on the mountain. 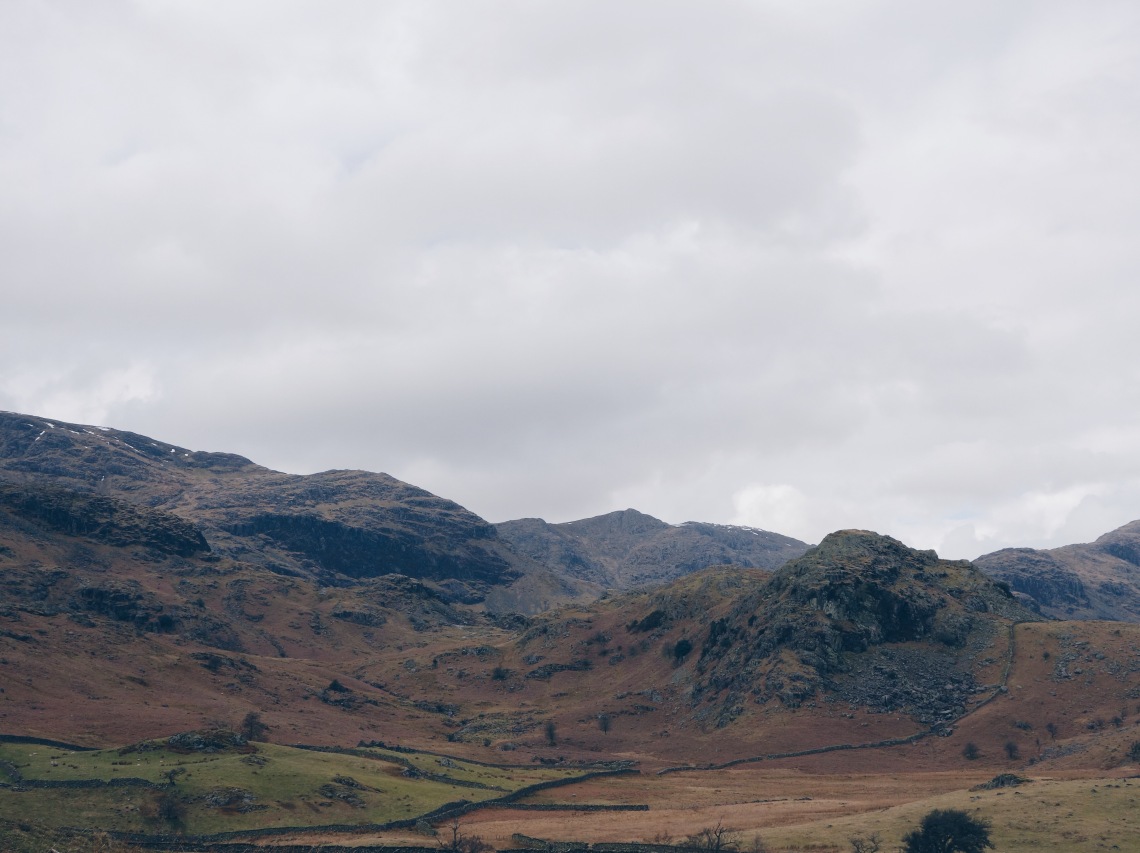 Alf tried all of his usual tricks when we decided we were walking up The Old Man…but he never did get to the top first this time, that was me! #fistpunch #sorrynotsorryAlf! ;) 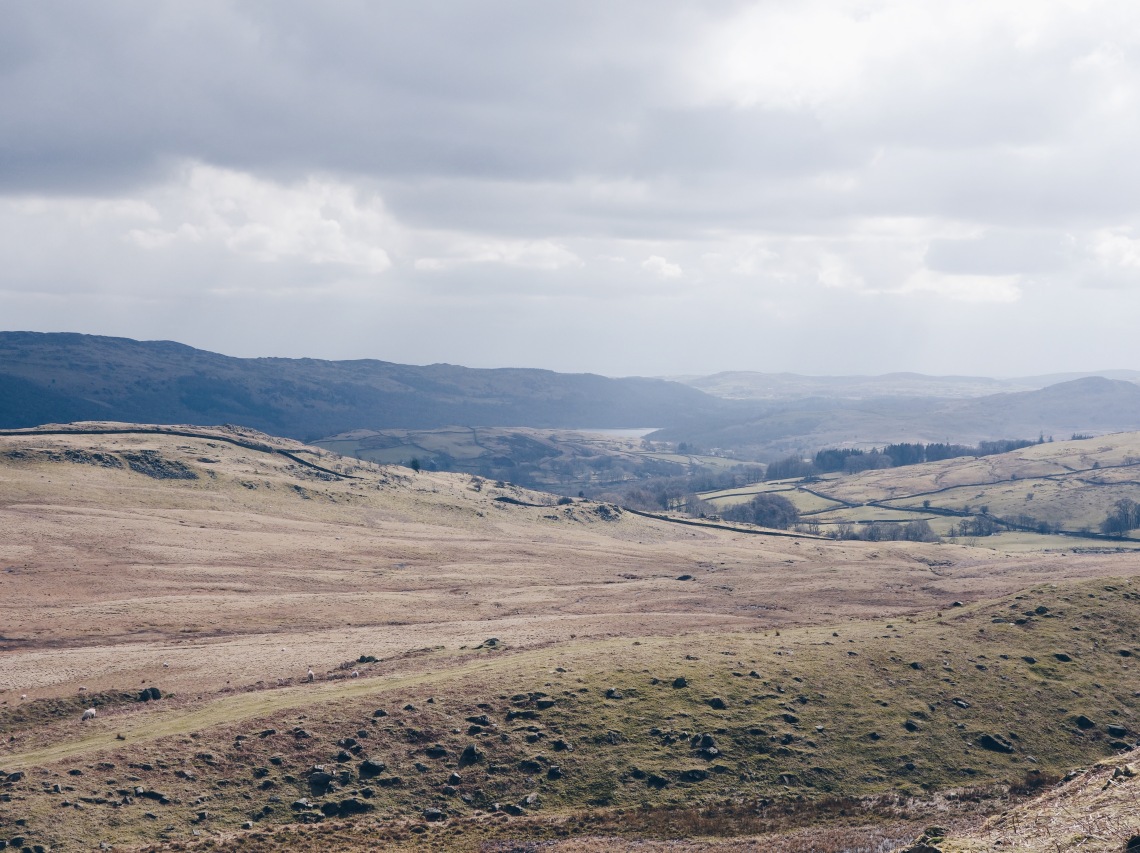 We picked a good day for it, but Paul had seen on his trusty weather app that rain was forecast for late afternoon, giving us I think it was 4 hours, to get to the top and back down again before the heavens opened. 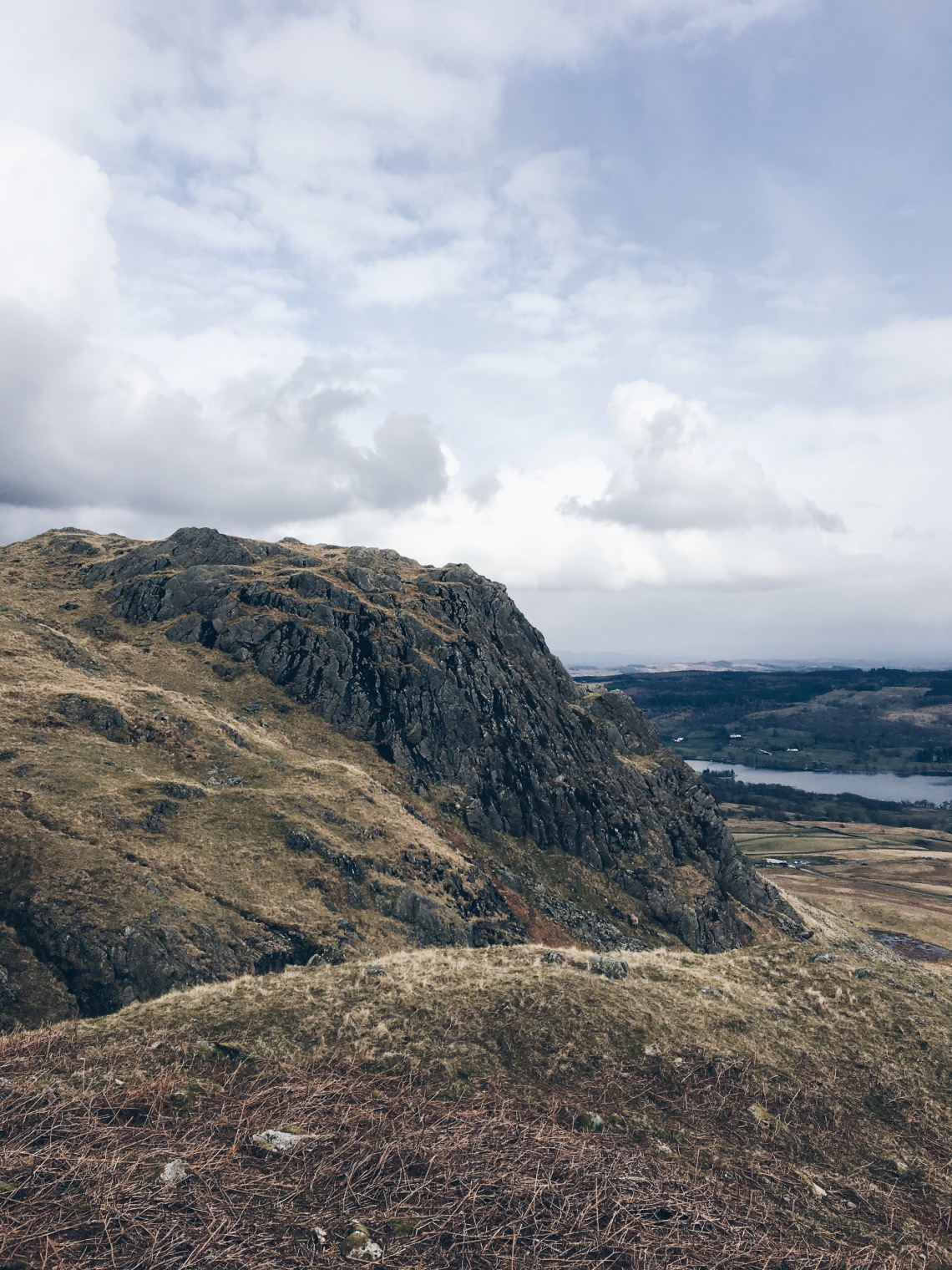 By this point we were all ready for a quick stop {and a photo!} having stripped jumpers and coats off…which weren’t going to stay off for that long as we approached the summit. 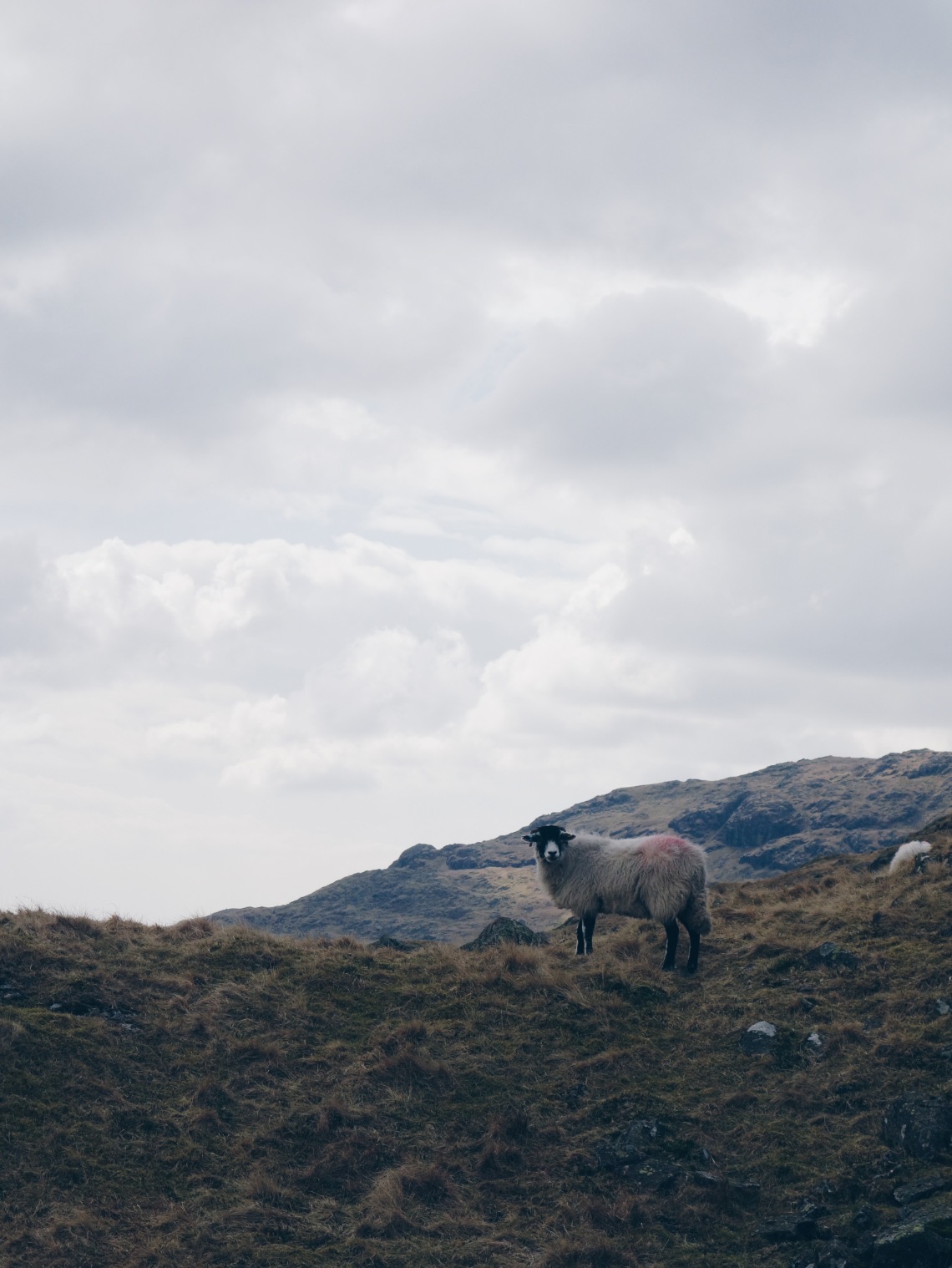 Higher and higher we got with promises of “not long now”, “nearly there” and “it will be worth it, i promise!”…and that was to keep me going, nevermind the bois!

With snow still sitting on the tops in places, we stopped briefly for photos and food before wrapping up warm to head back down as the snow started to fall around us again. 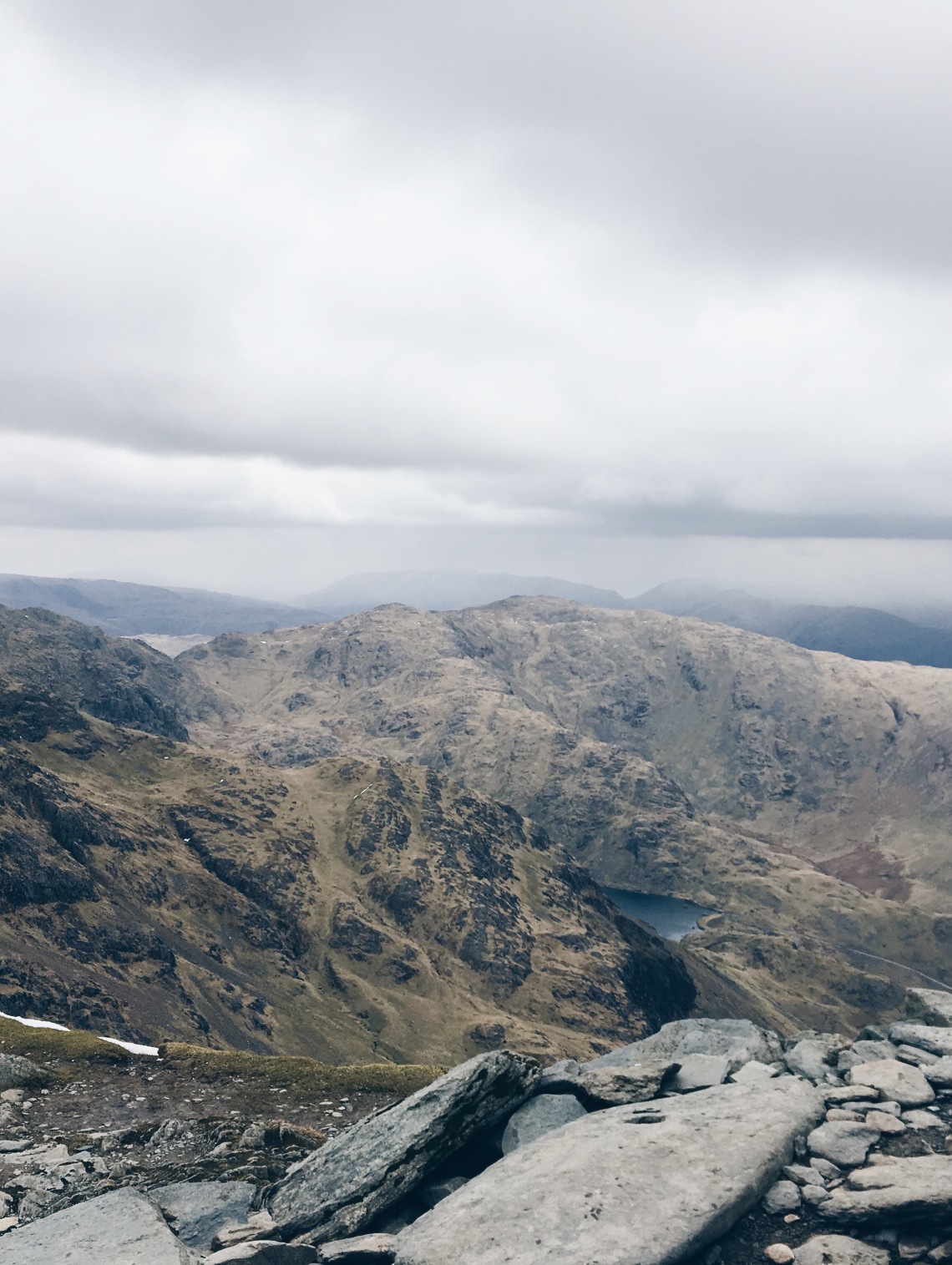 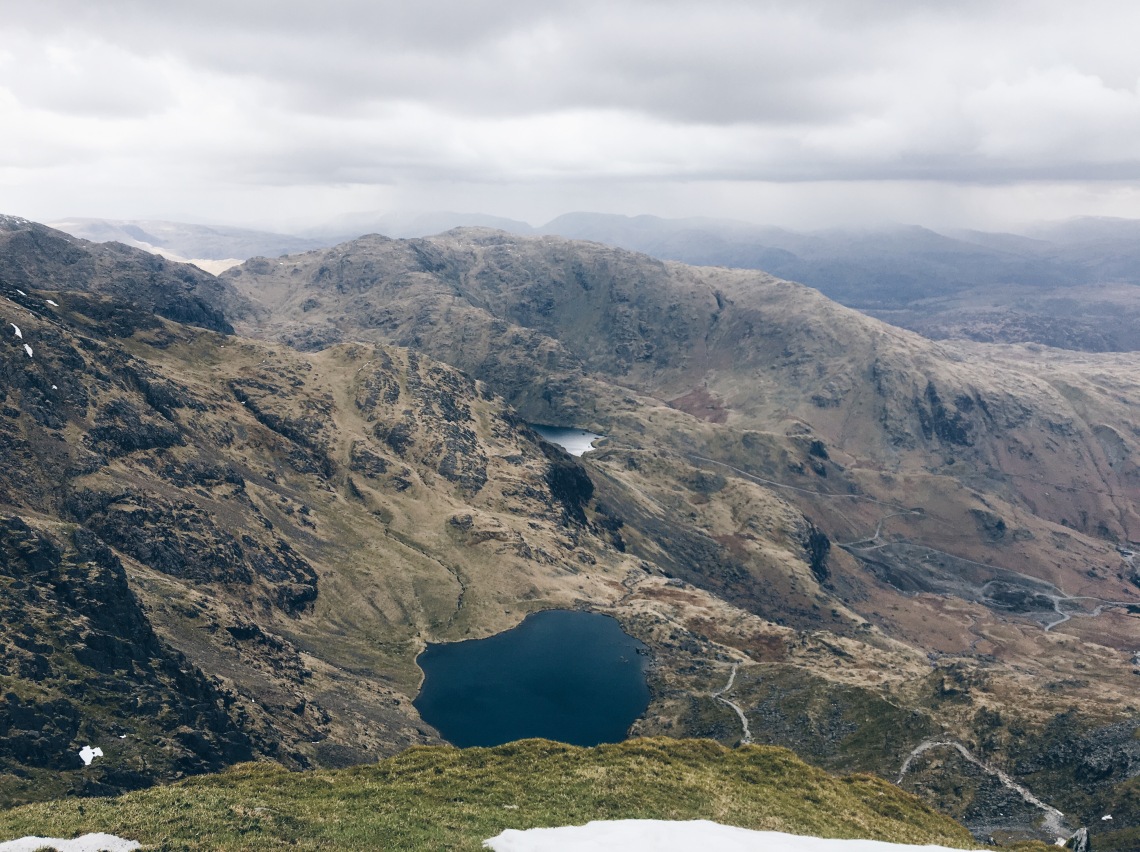 There was talks of jumping and swimming in the lake below us…but we decided to do that another day…I just wanted to head back to the car and find a pub that had lamb on the menu!

We found one and bobl bach was it good!  Deliciously fed and watered at a pub we found in the nearby town, but oh so tired, we headed back to our caravan for the evening.  At one point in the pub, Robb had his head on the table he was that done in!  We had plans to head out that evening but with no go in any of us, it was duvets out and Die Hard on the telly.  Perfect after a good walk with my bois…although, I don’t think I lasted the whole film…

Oh, and we missed the rain!  Added bonus.

2 thoughts on “The Old Man of Coniston”